Travel to Zanzibar: What you’ll see, learn and do on the island that is a spring-board for adventure 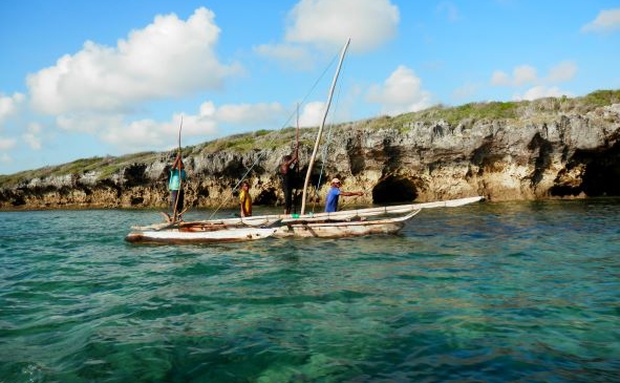 Zanzibar. The name rings of mystique, of something ancient, exciting, maybe even dangerous; it is the essence of adventure.

The name Zanzibar actually refers to an archipelago, to the grouping of islands that emerges out of the Indian Ocean off East Africa’s coast. This archipelago is comprised of four main land masses – Unguja (colloquially called Zanzibar island), Pemba, Mafia and Latham.

Three of these islands are presently inhabited and are called home by around 1.5 million people. The majority of those that live in the archipelago do so on Unguja or Pemba. Mafia island is home to less than 50,000 people. The fourth, Latham, surrounded by a coral reef and considered an important nesting place for certain bird species and marine turtles, is uninhabited.

Collectively, the land masses that comprise the Zanzibar archipelago have, for centuries, been called the Spice Islands. Exotic, the colour of violence or far-away skies, fiery and reeking of fast profits: the archipelago’s history is as throat-clutchingly exciting as its moniker suggests.

The earliest records of human habitation on the Zanzibar archipelago are scant and often promote more questions than they do answers. The first indication we have of a human presence on the islands dates back some 22,000 years. Fragments of heavy stone tools found in limestone caves indicate a stone age society but little about their mode of existence and even less about the length of their stay there.

Archaeologists have theorised that humanity’s habitation of the Zanzibari islands has not been permanent since then. We have not yet found evidence of permanent settlement on the islands until as recently as 1000 AD. Despite that, there is evidence to suggest that the archipelago featured in ancient trade routes.

Ancient Sumerian and Assyrian pottery pieces depict trade maps that incorporate the archipelago’s islands. Furthermore, a pendant comprised in part of Zanzibari copal (a tree resin) was discovered near Eshnunna (modern-day Tell Asmar, Iraq) and it has been dated to between 2500-2400 BC.

The islands were, therefore, known to ancient civilisations even if they saw no reason to settle there. When Zanzibar was settled, it is thought that it was done so by the descendants of peoples originating from Africa’s Great Lakes region, in and around the Great Rift Valley.

These peoples, the first inhabitants of an island grouping that would become the important launching pad for traders of three different empires, are thought to have settled as small isolated villages, and largely along the coastline.

When the first traders arrived from the Arabian peninsula, blown in on trade winds, these disunited settlements were easily subjugated. Traders from Yemen, the Persian Gulf and the Somali coast came to Zanzibar and began to settle on the islands during the 11th and 12th centuries.

The traders came spreading Islam (which is still the major religion on the islands) and sought to use the islands as a launching pad for trade with the African mainland. This, apparently, was successfully done and the use of Zanzibar – an otherwise unwilling land for the growth of tradeable resources – as a trader’s hub became a model for the archipelago’s first colonisers.

After a visit by one Vasco da Gama, Portugal’s infamous discoverer and the first European to find a sea route connecting Europe with Asia, in 1499, a second Portuguese trading ship would claim the islands for the Portuguese empire in 1503-4.

Just as Arabian and Persian settlers had, the Portuguese used Zanzibar as an entryway into East Africa. Portugal held the archipelago until its agents were ousted from the region by the sultanate of Oman, in 1698.

The trade winds, dictated by the monsoons, blow south-east for part of the year before switching to the north-west. The same winds that make Zanzibar’s islands such a great place for sports such as sailing and kite surfing built oceanic trade along the Indian ocean’s coastline.

Each year, Swahili trading vessels sailed south from the Arabian peninsula, from Persia and India, with iron, cloth, sugar and dates in their holds. They traded all along East Africa’s coast before, as the winds shifted in March or April, returning home with tortoiseshell, ivory, coconuts, rice and the two most lucrative tradeable commodities: spices and slaves.

The slave trade was not a novel enterprise for Zanzibar under the Sultan of Oman. The Portuguese practiced it too, as had the early traders that preceded them. But it was big business. Historian Don Petterson suggests that between 40 and 50,000 slaves were ferried to Zanzibar each year of the 1800s. Many more are likely to have died before reaching the islands’ shores.

At the end of the 19th century, Zanzibar changed hands again. The British made it a formal protectorate in 1890 and governed the islands until they won independence in 1963. Under British governance, slavery was abolished and all Zanzibari slaves were freed.

With independence, the Zanzibar archipelago joined in formal union with mainland Tanganyika. The newly independent East African territories merged their names to form what is modern-day Tanzania.

The legacy left on the islands of Zanzibar is, as is the case the world over, littered with evidence of the broad range of human capability. In the historic sites of slave markets, in the administrative, social and cultural memory of the place, no part of this history – good or ill – is completely forgotten.

But today’s is a novel Zanzibar.

It is a rebuilt and redesigned place, and finally now in a design it has chosen for itself. Still, the trade winds blow in the directions of their ancient consistency. But now the warm yellows of turmeric, the hot red of paprika, pepper’s black and the lime’s green of a cardamom pod are more often found in, and dancing on, the wind than in the darkened hulls riding beneath the waves.

Zanzibar, Unguja and Pemba islands especially, is now a tourist hub. With that ancient and exciting mystique still attached to it and combining with the truly unparalleled beach views, the archipelago attracts thousands of visitors year round.

The beaches and the always temperate ocean attract many people certainly. They come for the kite surfing or the out-of-this-world underwater exploring of PADI-licensed diving. It is the kites of the former, often numbering in the hundreds, that have brought such brilliant, spice-inspired colours to the islands’ skies.

On these islands, you can try your hand at every water sport activity you can imagine. The shallow break between the beach of Paje and its reef, combined with those consistent winds, makes it one of the best places in the world to learn to kite surf. The coral reefs are, here on the Equator, as excitingly coloured as the spices and kite sails and, as such, incredibly alluring to divers and snorkel enthusiasts.

The hotels of Zanzibar, constantly looking to gain an edge in this lucrative tourist market, are excitingly built and deliver crisply on their unique selling points. The night life, similarly motivated, is, certainly in Paje, exceptional.

Zanzibar is much more than a resort destination. It boasts a history of hardship and conquest, of migration and exploration, of cohabitation, assimilation and adaptation. It is the epicentre of the Swahili language – spoken on the mainland, in Kenya, Uganda, South Sudan and parts of the Congo – and the home to its most fluid, organic form. It is a melting pot of different nationalities come to make this pocket of paradise their home.

Zanzibar is less a holiday destination and more a point on the traveller’s transit.

The LiQUiD LiFE kite surf and PADI dive instructor courses are designed to offer more than a qualification-driven experience. Through LiQUiD LiFE’s connections, we want to give all our kite surf academy and diving instructors-in-training a chance to expand into every aspect of what we call the liquid life.

The courses themselves, in kite surf instructing and all the qualifications relating to PADI dive instructing, are an opportunity to give those interested a chance to travel the world and do so with qualifications that will bring constant employment.

Kite surf and PADI-licensed dive instructors are sought after in holiday hot-spots the world over. The pay for professionals in both industries is consistent and more than adequate to give a hard-worker enough that they might enjoy their travels to the fullest.

We want our students to try their hands at all the different sporting activities available on the island (and if you want to find out more about this, click here). And we want our enrolees to become a part of this island existence. We are selling the training that comes along with an incredibly-employable qualification, but we’re also selling the liquid life.

Latest From Our Blog