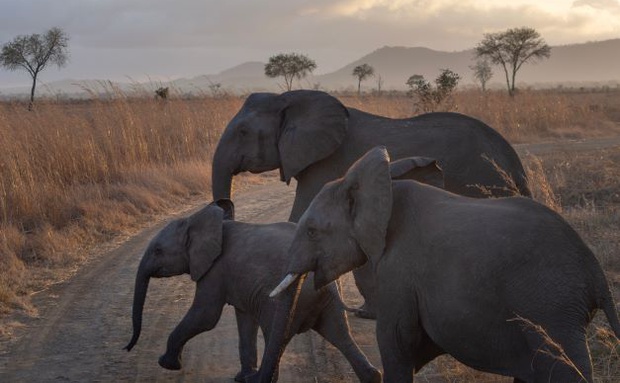 So, you're interested in spending some of your time in Tanzania exploring the wild spaces that have made it such a popular tourist destination. Don't worry, we'll organise this trip around your kite surf or dive instructor course timetable and you'll be sure to have an incredible experience.

Below we've included some information about the safari. If you are interested in going on it during your instructor course, be sure to say so in your enquiry message.

Mikumi National Park
The landscape of Mikumi is often compared with the landscape of Serengeti National Park. The main road from Dar Es Salaam to Zambia - the Tanzam Highway - stretches across the park from east to west and divides it into two very different landscapes. The area north of the road has sediments from the river Mkata and is the main area of attraction in Mikumi. The vegetation there consists of acacia trees, baobab, tamarind and rare palm trees. Also in this area, off in the distance and away from the road, you will find spectacular rock formations formed by the mountains Rubeho and Uluguru.

The wildlife in the park includes many species that are characteristic of the African savannah, and according to local park guards, this is one of the best places to view the areas iconic tree-climbing lions.

Mikumi is home to elephant, zebra, wildebeest, impala, eland antelope and black antelope, monkeys, buffalo, pods of hippopotamus and some 400 or so different bird species. Mikumi national park is managed and run by the Tanzania National Parks organisation and is considered less environmentally challenged than certain other parks.

Harbouring one of East Africa’s great forests, Udzungwa Mountain National Park has an area of 1990 sq km, bordered by the Great Ruaha River to the north, with Mikumi National Park and Selous Game Reserve located further to the north and east. Protected as a national forest reserve until 1992 when it was commissioned as National Park, Udzungwa Mountains is undoubtedly one of the few true virgin and unique forested lands remaining in the world. The major attractions include its biologically diverse forest. Udzungwa harbours some plant species found nowhere else in the world, from a tiny African violet to 30-metre high trees.

Apart from the forest, which acts as a water catchment area and is home to a large number of endemic species, the park has spectacular mountainous scenery, grasslands, rocks, rivers and waterfalls.

Walking safaris to the Sanje River waterfalls (170 metres) is one of the popular activities in this park. Udzungwa Mountains can conveniently be combined with game drives in nearby Mikumi National Park, an hour·s drive to the north. The park can be visited throughout the year although it is a bit slippery during the wet rainy season. The dry season extends from June to October.

- Early Breakfast and check out from the hotel Transport to Mikumi.

- Lunch in a restaurant along the way to Mikumi or at the park.
- Quick check-in, toilet visit and back in the car☺☺☺☺
- Game drive safari

- Back hotel for dinner

- Lunch box to be provided

- Back to the hotel for relaxation and hot Dinner.

Day 3: (Mikumi to Udzungwa for the hike)

- After breakfast 2 hours drive to Udzungwa mountain national park ,.
-  3 – 4 hour hike to the top of the biggest waterfall in tanzania , and nice cold swim.
- Lunch box to be provided

- Afternoon drive back to the hotel for chilling

- Hot dinner to be provided.

Drive back to DAR  soon after breakfast.
Lunch on the way
Afternoon ferry back to Zanzibar.

Latest From Our Blog